Owning Turf vs. Making an Entrance 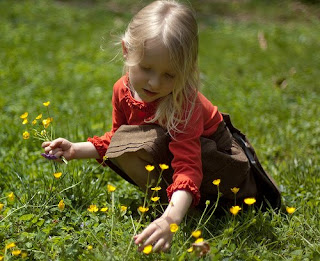 Why are teachers so hell bent on everyone getting to school on time? Also, as we recently learned, there's "on time" and there's On Time. The difference can be amazing for some kids (er... like my kid.)


At our house, morning dropoff is a finely calibrated machine. Nuvy's school has a car line between 8:00 and 8:15. Van's school, 10 minutes' drive away, has an early-drop off time of 8:30. (why so late? It's a co-op, which usually means at least one parent--or the au pair girl--is at home with the kids in the morning. Families with two early morning workdays and no nanny need not apply.)


My habit, until recently, had been to get Nuvy to school at the tail end of car line, then swing around and be the first kid to show up at Van's school. Sounds good, right? Like clockwork. Then we had parent-teacher conferences with Nuvy's teacher.


Nuvy, it seems, was very interested in socializing during morning worktime, and less interested in working. Further, she seemed a little insecure about challenging herself at school, and tended to need an audience to support her and motivate her, which disrupted the work of her friends. She had trouble finishing assignments (witness a stack of unfinished picture stories). In teacher speak, this roughly translates to, "your kid is bright and sociable, but unmotivated, and is disrupting our class." Her teacher and I discussed various strategies for motivating and supporting her, including language that demonstrated how much we value her choosing challenging work. The teacher seemed genuinely perplexed, as was I, about how this smart, engaged child could be so academically scattered.


Then I thought about her mornings. Was she eating the right foods before school? Was she adequately prepared? Was it all that TV? Then it occurred to me--she is a latecomer. Every morning she misses, not just 15 minutes of playtime in the morning, but the chance to ground herself at school before worktime begins.


I am, sadly, a habitual latecomer. I am not early for many things in life. I push deadlines, meeting times, theater curtains, everything. I often enter rooms filled with people who are already doing something when I arrive. I am used to making an entrance--being greeted by a crowd--and transitioning into whatever is already in progress. I realize now that this dynamic is not working for Nuvy. So, I have started taking her in 10-15 minutes earlier, and arriving at Van's school annoyingly early.

She is, by all accounts, a new child. She greets her friends in the morning, one by one as they arrive-- whereas before, she came in to a gaggle of children and seemed to behave in an outsized way to announce herself. This more measured approach to social life seems to be carrying through for her during the day. She is still sociable, but seems more confident at school, and more open to academic challenges.

Amazing what 15 minutes can do!!

Posted by Testdriver at 1:13 PM

wow! thank you for sharing this story. what an amazing difference such small changes can make to our children. i will try to hold this story at the forefront of my mind when something is not going well for one of my children -- perhaps a very small change could make a world of difference. how insightful of you to figure this out!

Insightful? I don't know. There are an awful lot of little changes that can make big differences to kids.

It was a lucky guess, but I wanted to throw it out there, in case it stuck for anyone else!

That is SO me. I am a constant latecomer, and I feel so guilty every morning that I'm with both kids on my own (I think my husband gets my 2-yr-old to the toddler community on time). Said 2-yr-old is in a MAJOR "NO" stage right now. Some mornings it only takes the suggestion of school for him to be dressed to his shoes and hopping at the door to leave. Really, I'd love for him to get to school at 8:30 when his classroom opens, and on those days we usually accomplish that goal.

Days like today, he piddles around making trains out of his clementine wedges at breakfast, then he runs around being a robot in our hallway instead of listening to my suggestions to get ready for school, then he refuses to have his diaper changed, he decides he'd like to sit on the toilet, then refuses to sit on the toilet or little potty, then he goes to his changing pad to be changed and lays down in fetal position on his belly singing a song, refuses to roll to his back for the diaper change. I leave based on the suggestion to ignore tantrum/defiant behavior from his teacher at conferences, I quickly get myself completely dressed to the shoes. He cries and calls out for a diaper, I return, he refuses (and we do this 3-4 more times), until he finally has his diaper changed and finishes getting dressed to his shoes. It is now 8:30, the time he is supposed to be arriving at his classroom. So, I buckle the 1-month-old (who is ready and fussing, at this point, to nurse) into the carseat, help the toddler put on his hat and jacket (no fight there, amen), and load the infant into the car expecting the toddler to follow me outside to the car (as he usually does). Instead of following me to the car, he stands at the door refusing to come to the car. (Should I be raising my voice here?... this is the most FRUSTRATING nuisance of a morning ritual EVER). Eventually I go to the door, pick him up and put him in the car in his carseat, which he is entirely capable of climbing into independently. I now call the school at 8:40 to let them know that we are, in fact, planning on coming to school today, but are just leaving the house. Luckily we only live about 7 minutes from school.

I am grateful that his grandmother is picking him up from school and watching him until 1. bedtime, or 2. letting him sleepover, which he does occasionally, and greatly enjoys.

Suggestions? Solidarity moaning? I'm perplexed by these new behaviors despite having an AMI Primary certification... this seems like a totally different beast than the primary child! Forgive the lengthy comment!

I simply love your blog, it's likemeant especially for my Montessori son. I will use your story as a key to deal with my own latecomer-habit, as my baby is going to attend Montessori toddies group in Jan. Thanks for sharing!

Thank you for very good blog about Exersaucers. It's very nice.